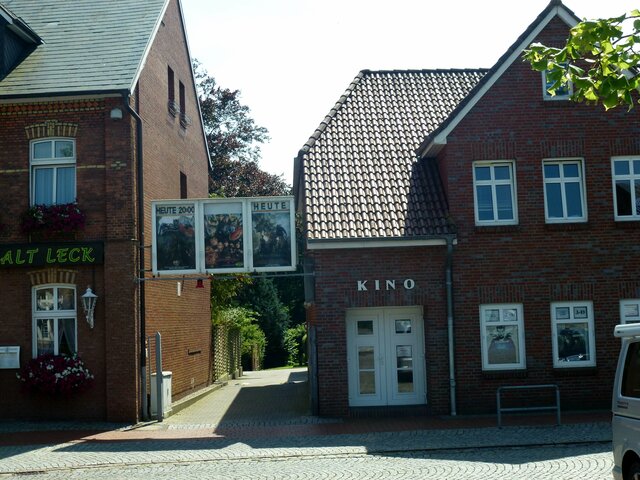 Two-plex in the German municipality of Leck, less than 20 miles from the Danish border.

Despite being one of the smallest commercial movie theatres in Germany, it books first-run Hollywood titles.