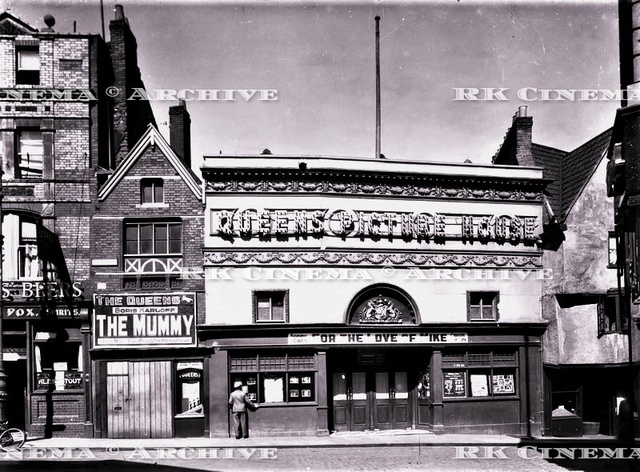 The Queens Hall was the first purpose built cinema in Bristol. It was built for British Electric Theatre and opened in 1910. The Coat of Arms for Bristol was placed over the entrance. A feature of the auditorium was its sliding roof. Operating as the Queens Picture House from 1915, it was equipped with a RCA sound system in 1931, but closed in 1932. It was demolished to build the News Theatre (it has its own page on Cinema Treasures).