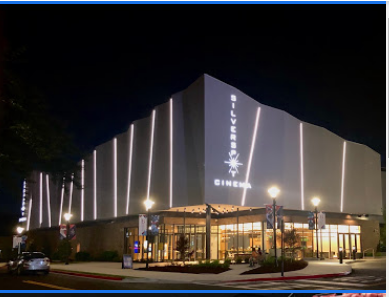 The $16 million dine-in cinema, with a bar and lounge, was designed by Collins Webb Architecture.

Headed by Gonzalo Ulivi, Silverspot has its roots from Cines Unidos, which opened its first theater in Caracas, Venezuela in 1947, and expanded to other countries.