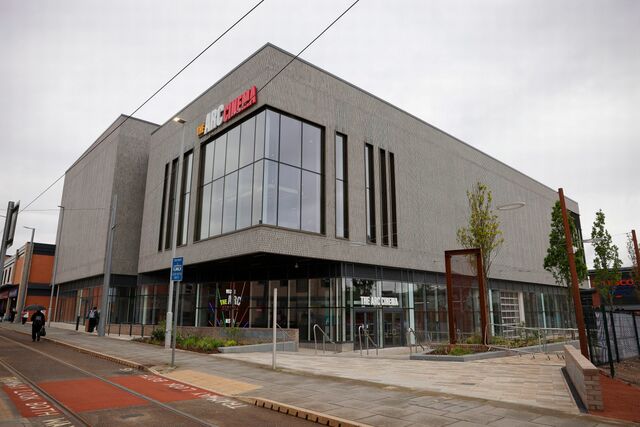 In Beeston, to the west of Nottingham, after an absence of more than 50 years - since the Majestic/Essoldo closed down (see separate Cinema Treasures entry) - ‘big screen’ entertainment returned courtesy of Arc Cinemas, who opened their multiplex as part of the wider £50m Beeston Square redevelopment. (The Astoria/Essoldo/Classic at nearby Lenton Abbey - again, see separate Cinema Treasures entry - was a slightly more recent closure.)

This was the first ‘new build’ by Arc, following their re-opening of former cinemas at Hucknall and Great Yarmouth.

The Arc Cinema opened on Friday 28th May 2021. It could quite possibly have opened earlier, but the national lockdown imposed as a result of the COVID-19 epidemic would have prevented that.

In a rather unusual, but very welcome, initiative, the public opening was preceded by a VIP event at which director Shane Meadows was the guest of honour. Although born in Uttoxeter, he moved to Nottingham when he was 20 and many of his films are set in the Midlands. Although, rather ironically, the film of his that was shown at this VIP opening was “Somers Town”, in which a young lad ‘escapes’ from Nottingham and makes his way to London! Still, these days, when most multiplexes open without fanfare, this was a lovely touch.

The 8-screen Arc Cinema is fitted out with luxurious reclining leather seats with generous legroom.

Among the new releases on opening day were Disney’s “Cruella” and horror thriller “The Conjuring 3”.