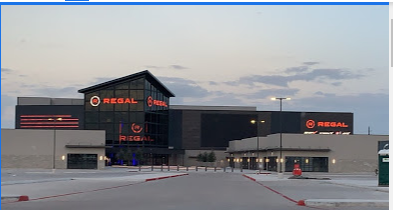 Serving patrons is a bar, restaurant, and game room.

Regal Cinemas was acquired by Cineworld in February 2018, making Cineworld the world’s second largest exhibitor after AMC. Cineworld brands Include Cineworld, Cinema City, Picture House, Regal, and Yes Planet. In 2021 that would be 787 locations in 10 countries,

Moshe (Mooky) Greidinger, Cineworld CEO, has noted in the press that the company is continually opening, upgrading, and closing underperforming theaters so the number of locations is constantly changing. In mid-2021 Cineworld had 547 Regals in the United States.

Before buying Regal Moshe and his financial man took a road trip up the east coast, visiting 55 cinemas in a week. Moshe was quoted in the Financial Times: “We would go in, check the sound and picture and leave”.