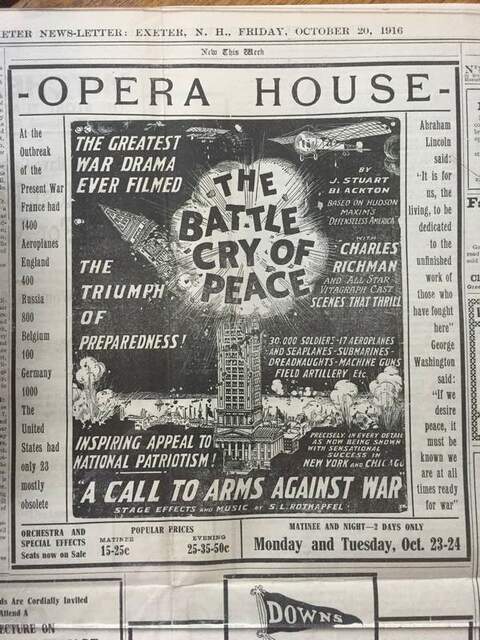 Located on Water Street near the corner of Spring Street. Built in 1805 as a First Baptist Church, in 1876 the building was converted into an armory. It was converted into the Exeter Opera House in 1888. Seating was provided for 632 in orchestra and balcony levels. The London Bioscope Company presented films here on May 18 & 19, 1903. It was operating as a full time movie theatre by 1914. It was destroyed by fire in September 1919.

The Exeter Opera House is listed in the 1897-98 edition of the Julius Cahn Official Theatrical Guide. J. Wingate was Mgr. There were 632 seats and tickets were priced at 35 cents to $1. The theatre was on the ground floor. The proscenium opening was 26 feet wide X 18 feet high, and the stage was 37 feet deep. There were 5 in the house band, and there was both gas and electric illumination. Newspapers were Gazette, News Letter, Advertiser and Examiner. Hotels for show folk were Squamscott, Granite Hotel and American Hotel. Railroad was the Boston & Maine. The 1897 population was 5,000.