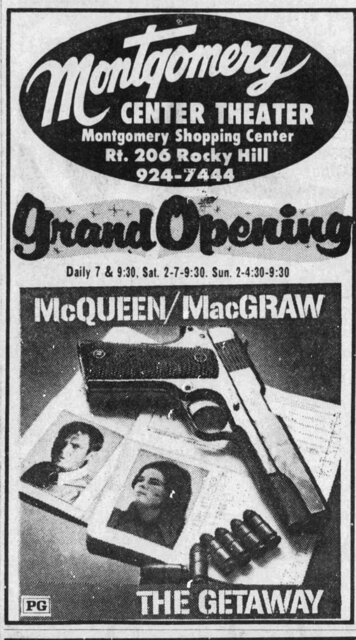 Located in the Montgomery Shopping Centre close to Rocky Hill. The Montgomery Center Theatre was opened March 23, 1973 with Steve McQueen in “The Getaway”. It went over to art-house policy in 1974. Theatre open as a Twin on December 23, 1983. Closed on March 24, 1995. It opened a new cinema called the Montgomery Cinemas in a different location in the shopping center (which has its own page on Cinema Treasures).