Center Cinemas at the Williams Center 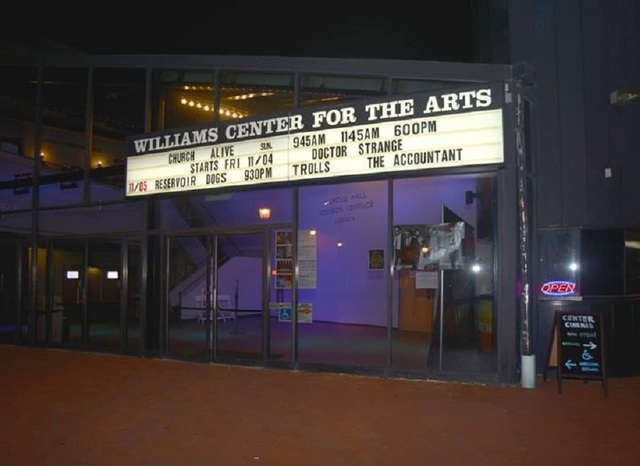 When the front section of the Rivoli Theatre burnt down on January 9, 1977, a decision was made to build a twin screen cinema on the site, and also restore the former Rivoli Theatre auditorium which became a performing arts center named George W. Newman Theatre (it has its own page on Cinema Treasures).