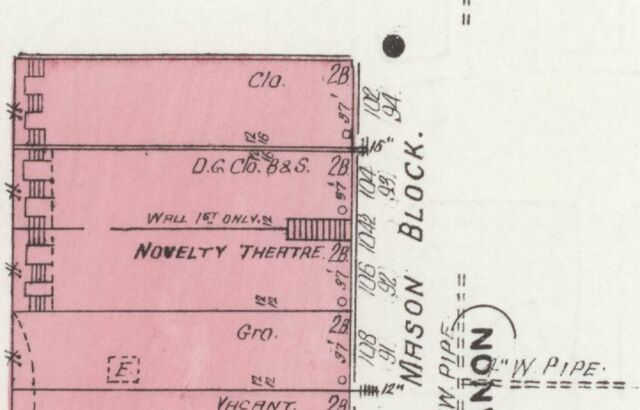 This theatre appears on the 1907 Sanborn, in an old two-story brick commercial building dating to before 1881. This location was a saloon on the 1902 map.

This was probably a very hasty conversion to catch the early movie craze. It was not a success, and the 1914 map shows it as a grocery.

The building has suffered a horrible mid-century remodel, and appears to be vacant on the 2019 street-view.

Note that when the theatre was operating, Maple Street was also known as Depot Street and Lebanon Street.