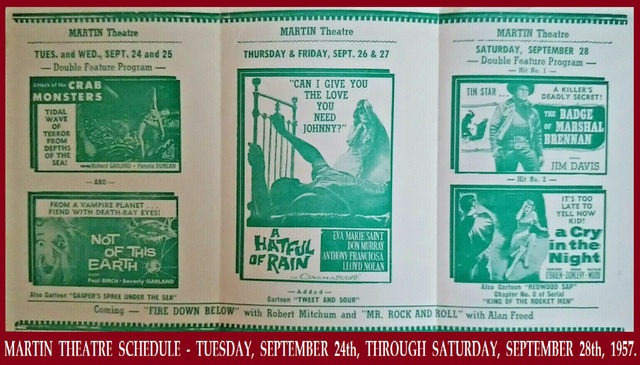 The Wells Fargo bank building at 217 W Forsyth appears to have been a good-sized theatre previously. Blank sides and ground level exit doors are a clue.

Trolleyguy-but property records show this as a 1980 build, and it looks like it. Theatre in question was around in the early 1940s.

The Martin Theatre was the scene of a civil rights march by 15 teenage girls challenging its segregation policy. They were arrested and held for 45 days in the Leesburg Stockade. This was the beginning of the Americus movement that lasted until 1965.

Joe, the architect was R.N. McEachern.