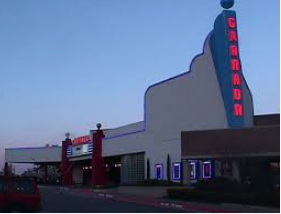 In the late-1970’s, the Prestonwood Creek residential and business project was announced just blocks away from the newly announced Sakowitz Village retail complex and not far from the – then - forthcoming Prestonwood Town Center shopping mall. This was the multiplex era of movie theatre exhibition and General Cinema created created the GCC Prestonwood Cinema IV opening December 14, 1979. AMC then opened its Prestonwood 5 in an external pad spot on May 21, 1980.

On December 19, 1980 and ten months prior to the official Grand Opening of its shopping center, United Artists joined the party with the launch of its UA Prestonwood Creek V in the Prestonwood Creek Shopping Center conceived of by Vance C. Miller. All three theatres were in the same general area of North Dallas. Confusion from audience goers mixing up the similarly-named venues was a constant. But the three theatres would become the second highest box office territory within the city trailing only the Central Zone’s combination which included the GCC Northpark complexes, the Plitt Caruth Plaza Cinema, and UA’s Ciné and Medallion.

The opening films for the UA Prestonwood property were “9 to 5” on two screens, “The Mirror Crack’d", “Airplane", and “The Elephant Man". The big opening film was supposed to have been United Artists’ “Heaven’s Gate". However, the film’s premiere was so notoriously poorly received that plans for a major Christmas release were halted just as the theatre was preparing its launch. AMC seized the early lead in the zone by having one 70mm auditorium, striking gold with “Rock Horror Picture Show", and having automation. It would also become the first theatre in the nation to accept credit cards for ticketing and, then, concessions. To counter the AMC’s dominance.

So despondent that AMC had an advantage, General Cinema announced in 1981 that it would add a single “Northpark III & IV” styled-auditorium as its “A” screen at its Prestonwood location. That never occurred as the chain decided to turn its attention to its Galleria space acquired in 1981 and opened in 1982 dooming the Prestonwood IV which would eventually become a dollar house and the first of the zone’s three locations to depart. United Artists had a different trick up its sleeve – and it would deliver.

With “Return of the Jedi", the most promising film for 1983, UA went all in creating a THX-certified auditorium with 70mm projection in time for the May 25, 1983 “road show engagement” release of the film. UA premiered the THX system a week prior to the opening of “Jedi” by playing the opening 20 minutes of “Raiders of the Lost Ark". General Cinema also installed the system at the Northpark location which meant that Dallas had two of just three THX theatres in the country as “Jedi” opened. That revelation was a game changer and the UA hosted many sold out screenings and the presentations at the UA and GCC were hits with moviegoers. It’s hard to understate the importance of the UA Prestonwood’s and GCC’s Northpark technical accomplishments as - around the metroplex and beyond – theatres began to create THX-certified auditoriums with large screen presentation and multi-channel audio systems. That revolution would continue to THX and other multichannel home audio and video systems.

Unfortunately, fast forwarding 16 years later found all three theatres on their last legs. The multiplex revolution was over and the megaplex era was in full swing in the 1990’s. AMC’s Grand 24, Loew’s Keystone, Cinemark’s 17-screen theatre in Farmer’s Branch, and Cinemark’s Plano operations were among the destination megaplexes dooming the North Dallas locations. All three of the zone’s multiplexes were land-locked with seemingly no future.

The GCC’s Prestonwood IV limped toward its ending as a sub-run dollar house on August 20, 1998 opting out at its 20-year leasing point. AMC signed on to create a 24-screen interior megaplex – the AMC Prestonwood Town Center 24 – on the east side of the center court. But when three anchors ankled the mall – followed by two of the three remaining anchors also leaving – the AMC project was all but dead and the Prestonwood 5 was closed prior to its 20-year anniversary at end of lease. AMC would take the concept and make it a reality at the nearby Valley View Mall. The UA had one more major roadshow premiere – but it wasn’t a movie.

On April 4, 1998, the UA Prestonwood hosted the pre-launch part of Microsoft’s Windows ’98, “Microsoft Extreme". It was a festive and full event. However, it was the last hurrah for the theatre. As Windows ‘98 was getting to market, UA closed the South and Prestonwood just prior to the product’s launch. The THX excellence also ended at the GCC NorthPark Cinemas 1&2 which closed along with the GCC Carrollton, Collin Creek and most of the Tarrant County locations.

The auditoriums of the Prestonwood location were homages to the Dallas Theatre Row venues including auditoriums named for the Majestic, Rialto, Capitol and Palace. A decision was made to close the venue with its last day of operation just prior to its 12th anniversary on August 19, 2010. In May of 2012, the theatre was torn down. But movie lovers in the zone could rejoice when the Look Cinema was built just a football field’s length from the location. AMC countered with a high-tech location about a football’s length from the former GCC Prestonwood IV as movies came back to the area. The Look closed during the COVID-19 pandemic but Schultz – who was removed from the Studio Movie Grill management team – created a new Look Cinema operation vowing to return the Look in 2021 continuing its competition with the AMC Village On The Parkway 9. Both cinemas have their own Cinema Treasures pages.