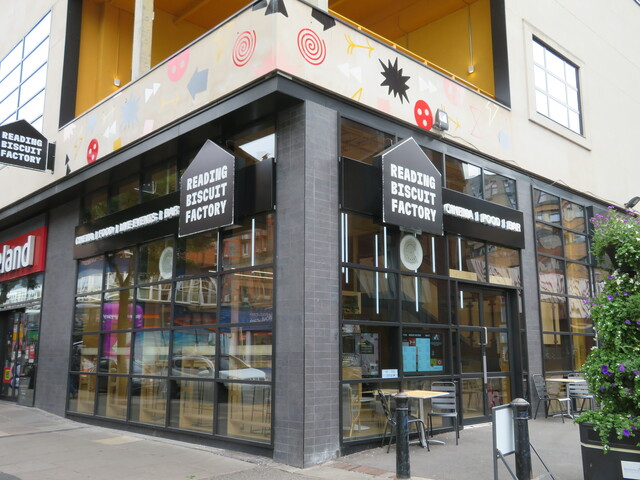 Situated in Broad Street Mall, in the centre of Reading, Berkshire, the Reading Biscuit Factory proclaims itself to be “many things”: a three-screen cinema, bar, coffee shop, workspaces, live performance area and community hub, with the latter being the most important overall aspect.

The project was developed by Really Local Group, which “creates and restores cultural infrastructure through the regeneration and renewal of the UK’s high streets”. One of the Group’s other recent projects has been the community cinema at Catford Mews (see separate Cinema Treasures entry).

As an indication of the independent nature of the programming, the opening films were the asylum seekers' drama “Limbo”, “Summer of Soul”, a profile of the 1969 Harlem Cultural Festival and the Polish drama “I Never Cry”.