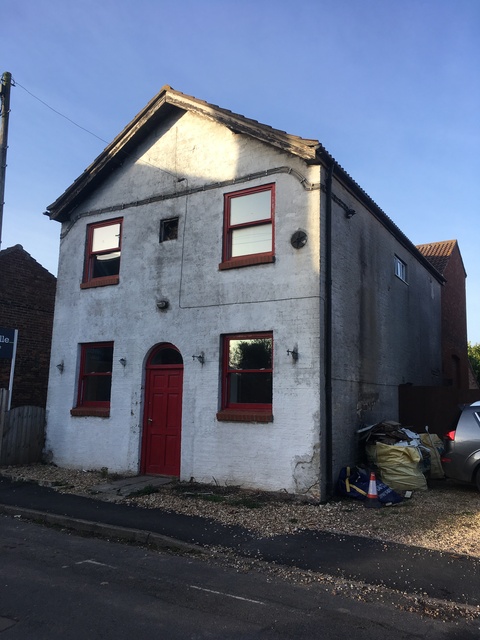 Located in Wainfleet All Saints, Lincolnshire, to the south west of Skegness. The Primitive Methodist Chapel was built in 1869 and closed in 1933. It was located on Rumbold Lane, close to St John Street.

In 1938 Peter Kitwood, a fruit & vegetable merchant from Boston, Lincolnshire purchased the vacant building and had it converted into the Cosy Cinema. It opened in June 1938 with Ronald Colman in “The Prisoner of Zenda”. The stalls had 200-seats and a 50-seat balcony was constructed. The projection box was built at the rear of the stalls seating area. The proscenium was 20ft wide. It was equipped with a British Acoustic(BA) sound system. It was soon re-named Regent Cinema. It was popular during World War II with the many troops stationed in the area. Strangely, the Regent Cinema was not listed in editions of Kine Yearbook until 1947 and then it was only the name of the town & the name of the cinema. It wasn’t until 1954 that it got a more detailed listing.

In 1953 it was equipped with a Western Electric(WE) sound system and on 7th March 1954 it screened its first CinemaScope film Richard Burton in “The Robe”. The Regent Cinema was closed on 30th August 1960 with Robert Taylor in “Saddle the Wind” & Michael Rennie in “The Lost World”.

New owners took over and following redecoration it re-opened on 26th October 1962 as a bingo club. It was re-equipped with 2 British Thomson-Houston(BTH) projectors and a RCA sound system was installed and it screened films again from 22nd December 1962 with Richard Greene in “Sword of Sherwood Forest” hit the screen. Films were then screened from Friday to Monday, with bingo played Tuesday to Thursday.

The Regent Cinema was closed on 20th July 1964 with Carroll Baker in “Station Six Sahara”. Some of the fittings were sold to the Marina Cinema in nearby Ingoldmells, while the projectors were sold to the Parade Cinema, Skegness, but were never fitted.

The building was sold in November 1966 and the balcony was removed. The stalls became a workshop and the upper parts of the building were converted into residential use, which continues in 2021.

What an interesting history!