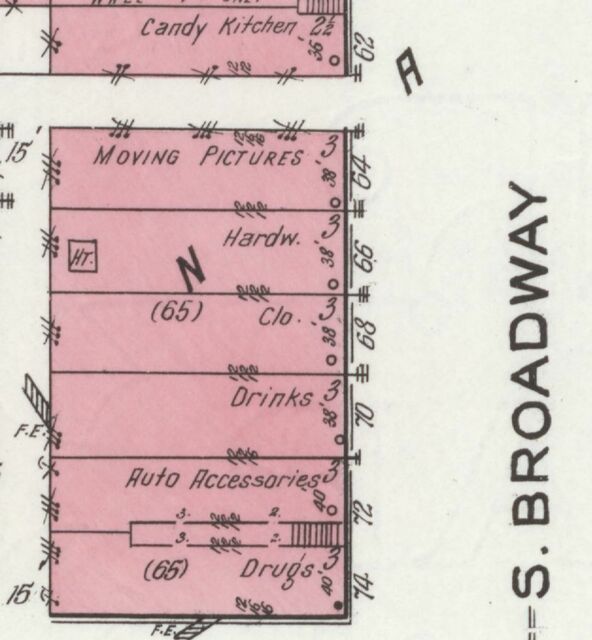 Yet another in a surprisingly large number of early theatres, this was located in the northern storefront of a three story brick commercial block that ran the entire half of the block south of the alley. This building dated to before 1883, and the northern section was a saloon in 1906.