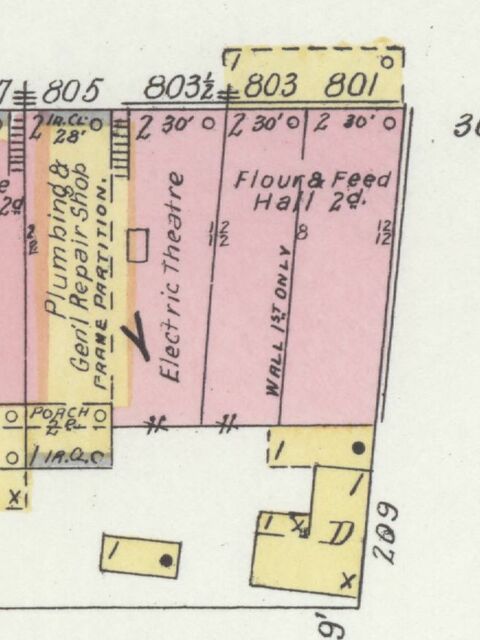 The 1908 map shows an ‘Electric Theatre’ in the western storefront of a large 2-story brick building that first appears on this map. The lot was vacant in 1902.

Due to the angle of the side street, the eastern and interior walls ran at a slant, making this space slightly narrower in the rear. This theatre was not a success, and by 1913 it had been replaced by a bakery.

Sometime around 1940, a large building containing multiple storefronts replaced most of the block. The theatre was located roughly where 805 or 809 are today.