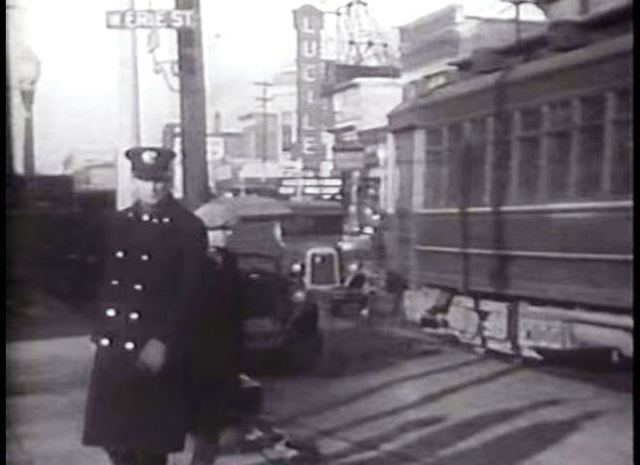 Built for the Simansky and Miller circuit around 1916, the Lucille Theatre was located on Cicero Avenue between Erie and Huron Streets in the West Garfield Park neighborhood. It later was operated by the Lynch chain. In 1935 it was re-named the Ohio Theatre.

In 1947 the theater had been renamed the Vet Theatre, and continued to operate until 1955. After closing, the former theater building was used for a variety of different businesses and then sat vacant for a number of years before being demolished in July 2007.

Does anyone have any additional information or a website on this theater, the original operators Simansky and Miller or Lynch, the last operators?

Sheldon Good & Company Auctions, LLC has just listed the Lucille Theatre/Vet 615-53 N. Cicero, Chicago, Il. for Auction in June 2004. The minimum bid is $95,000. I am seeking additional information on the Lynch circuit and pictures of the marquee and facade from the earlier period. Any idea who would have the this type of information? Please email or contact me at 312.373.4322.

I appreciate you responding to the request for additional info.

Was this demolished, or partly? Or perhaps a collapse? It almost looks like it in THIS aerial. Anyone want to check it out?

It looks like a demo permit was pulled in July so it probably WAS demolished. I will check to make sure when I get a chance.

Incidentally the theater can still be seen on Google, but many of those photos were taken in 2007.

As the Lucille Theatre, it apparently closed in December, 1952.

TOOTER TOOTS WINS HIS CASE – CHICAGO, Feb. 3. 1932 – Lawyers clustered around Judge Edward Casey, hands cupped to ear, as a sedate man blew measured blasts on a tin whistle. “Listen judge,” Leslie Parry, blower, would say. And then a shrill wheee-e-eee would come from his whistle. Parry, acoustic engineer, was making his experiment to convince the judge that sound equipment installed by the Johns-Manville corporation in the Lucille theater, 653 North Cicero avenue, is effective. The equipment had been reproduced in court. After the acoustic properties of the courtroom had been demonstrated as an example of sound properties in the theater, Judge Casey entered judgement of $575 against the theater for installation of the equipment.