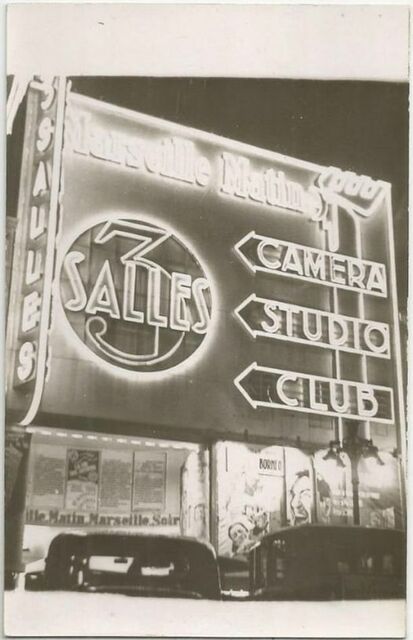 Located in the centre of Marseille on Le Canebiere. This purpose built 3-screen cinema was opened in 1938. It was designed by architectural firm Montaut & Gorska in collaboration with architects Joseph Lajarrige & Pontu. The screens were named Camera which was on the ground floor, Studio which was on the upper floor and Club which was wedged between them.