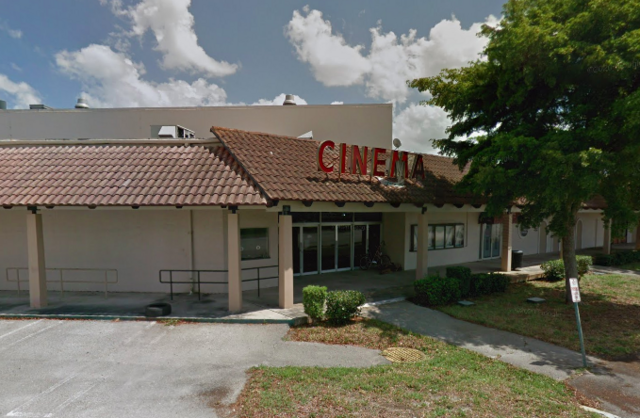 Construction of the Delray Square in Delray Beach were first revealed in December 1975 which were built on a 35-acre site at the corners of Military Avenue and Atlantic Avenue. The first phase of the mall consists of 156,000 square feet containing a Publix and a Gary’s drugstore which opened in January 1977.

On November 20, 1986, the theater closed its doors for renovations, which then reopened its doors again in February 1987.

Right when Boca Raton’s Muvico Palace 20 opened on June 28, 2000, the Delray Square Cinemas closed its doors permanently. It made a false statement that it was not due to the Muvico Palace 20. It was blamed on spiralling rent costs according to the theater’s manager of the Movies Of Lake Worth. The theater would then reopen in 2001.

This lasted for another decade, until the theater closed its doors for the final time in 2013. Exactly a year later on February 7, 2014, the theater was converted into a performing arts center known as Delray Square Performing Arts. However, the marquee and the entire leftovers of the exterior was still intact as of 2017. And also, it was not known if one of the former screens was used as a stage for special usages such as performances and arts, but that didn’t last for long, closing in 2018.