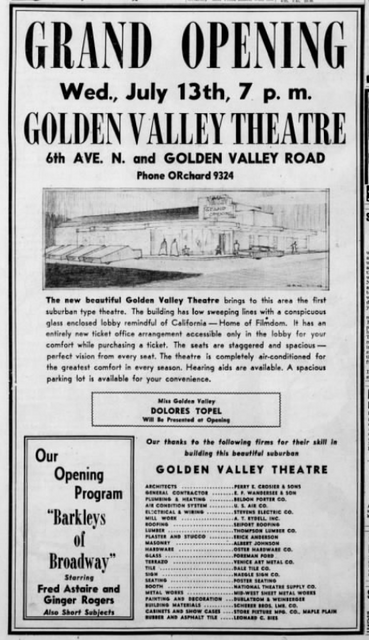 Located in Golden Valley, to the west of Minneapolis and east of Plymouth, MN. The Golden Valley Theatre was opened on July 13, 1949 with Fred Astaire & Ginger Rogers in “The Barkleys of Broadway”. It was designed by architectural firm Perry E. Crosier & Son.

Closing date is not known, but the building was still in situ in 1971, but had been demolished by 1995 when a US Post Office was built on the site.