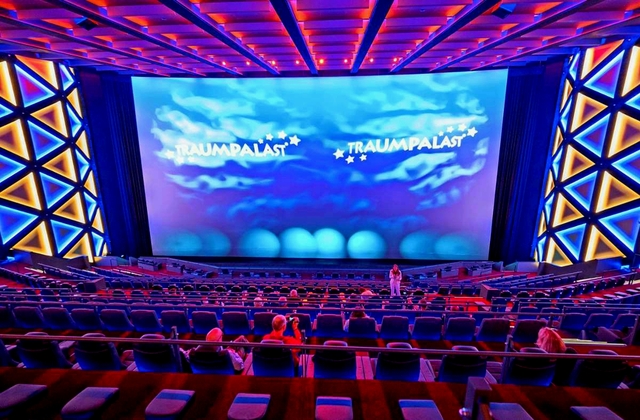 The Traumpalast Multiplex opened with 11-screens (the largest screen has 220-seats). On September 30, 2021 the worlds largest IMAX was opened with Daniel Craig in “No Time to Die” screening in its original version, with German sub-titles. The 574-seat IMAX Theatre has a screen which measures 70ft tall and 125ft wide - 21.03 x 38.16 meters (wider than a Boeing 737 airliner). It weighs over 500 Pounds (227kg). The opening James Bond movie has 20 minutes of footage shot in the IMAX format. There are two 4K Laser projectors and a 12 channel sound system with side and overhead speakers installed.

The IMAX theatre is a new separate building adjacent to the multiplex and took two years to build. A second screen in the IMAX building is set to open in late-2021 or early-2022. It was contain 70 beds, and no seats.