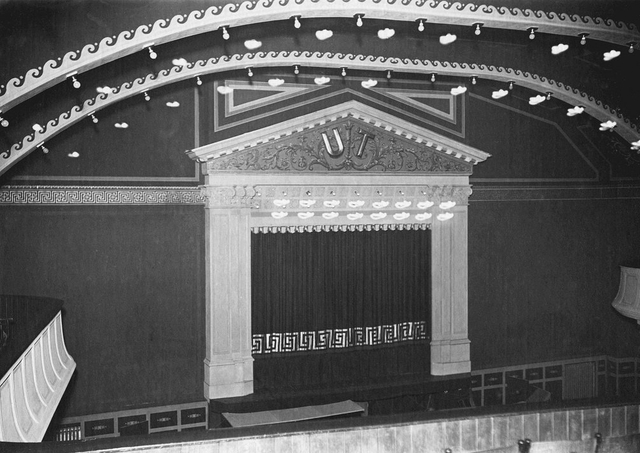 Located in the Connewitz district to the south of Leipzig. The Kammer Lichtspiele was opened on 25th December 1912 by Herrmann Haase. It was designed as a single screen cinema with seating in orchestra & balcony levels by architect Arthur Weissner. In 1913 it was operated by Hermann Kuhnast. In 1920 it was re-named U.T. (Union Theatre) Connewitz when it was taken over by the Ufa chain and the Leipzig cinema pioneer Arthur Weisner took over the management.

It was very lucky, that during World War II it was not damaged.

From 1945 it was operated by V.E.B. Filmtheaterbetriebe Leipzig. The cinema was closed in 1992. It was re-opened in 2001 by the non-profit club U.T. Connewitz E.V. The cinema now screens movies and live performances take place. The original Neo-Classical style proscenium and silent movie screen are still in use.