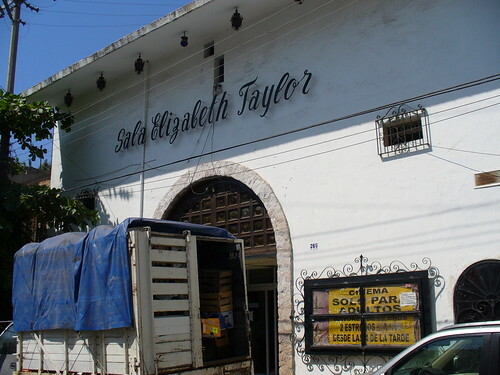 Located in the beach resort city of Peuro Vallarta in the state of Jalisco. This cinema is in the Zona Romantica district, just to the south of the city centre. The Sala Elizabeth Taylor was gifted to the city by the actress to be an art house cinema. Elizabeth Taylor first went to Puerto Vallarta in 1963 with her then boyfriend Richard Burton, who was there to film “Night of the Iguana”. She lived in a house there for many years.

Wow I did not know the cinema was actually built by Elizabeth Taylor. What year was it built?