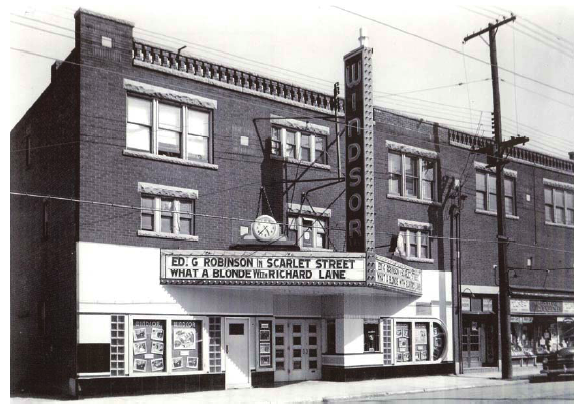 This small ground floor neighborhood cinema, with a block of apartments above it, first appears in the 1927 Hamilton city directory, as the Cinderella Theatre.

It was three blocks away from the Main Cinema, later the Community Theatre, which had opened the year before.

By 1940, the building is known as the Windsor Theatre, which is the name it keeps until it finally closes circa 1957.

It was sometimes advertised as a banquet hall for weddings, but was rarely used for most of the 1970’s and 1980’s, when I lived a few blocks away.

The building is currently occupied by the Odrohekta Housing Complex as a facility for homeless Indigenous men in Hamilton.