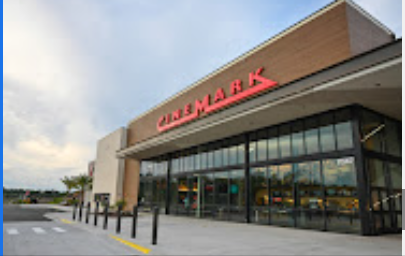 The XD auditorium, counting handicapped spaces, has room for 228 guests and 21 D-Boxes. The smallest auditorium, with 37 Luxury Loungers, would be used for a Private Watch Party, costing $249 and $299.

Designed by RDC of Long Beach, California, the height of a former Sears store was increased 30 feet to transform the building into a theatre. RDC was formerly known as Retail Design Collaborative and before that Perkowitz+Ruth.

Cinemark notes they now have 324 U.S. locations in 42 states and others in 15 countries.