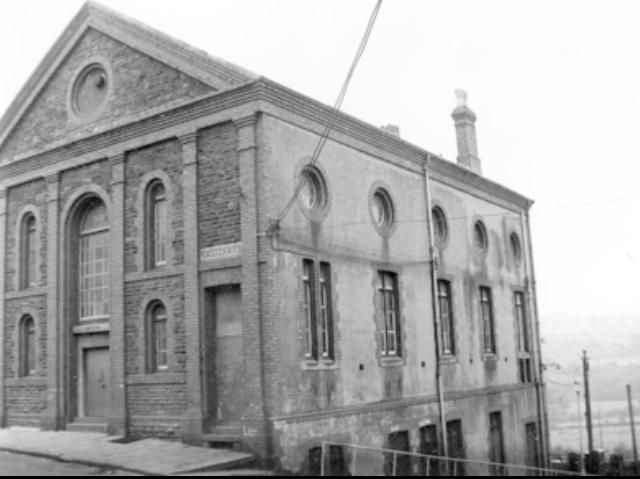 Located in the Rhondda Valley village of Cilfynydd, 2 miles to the north of Pontypridd, West Glamorgan. The Cilfynydd Workmen’s Hall & Institute was opened in 1894 and was built with funds from the miners & directors of the Albion Colliery. There was a library and a reading room on the ground floor and meeting rooms above on the first floor. The largest of these rooms was used for social events, and as a theatre. It was screening films by 1915.

In more recent years it was used as a bingo club. The building was demolished in the late-1980’s and a new community centre has been built on the site.