The Cineplex Odeon Cataraqui Cinemas opened on October 10, 1986 as the first new cinema in Kingston since 1941. Its opening was attended by Grath Drabinsky. It was closed in 2001. 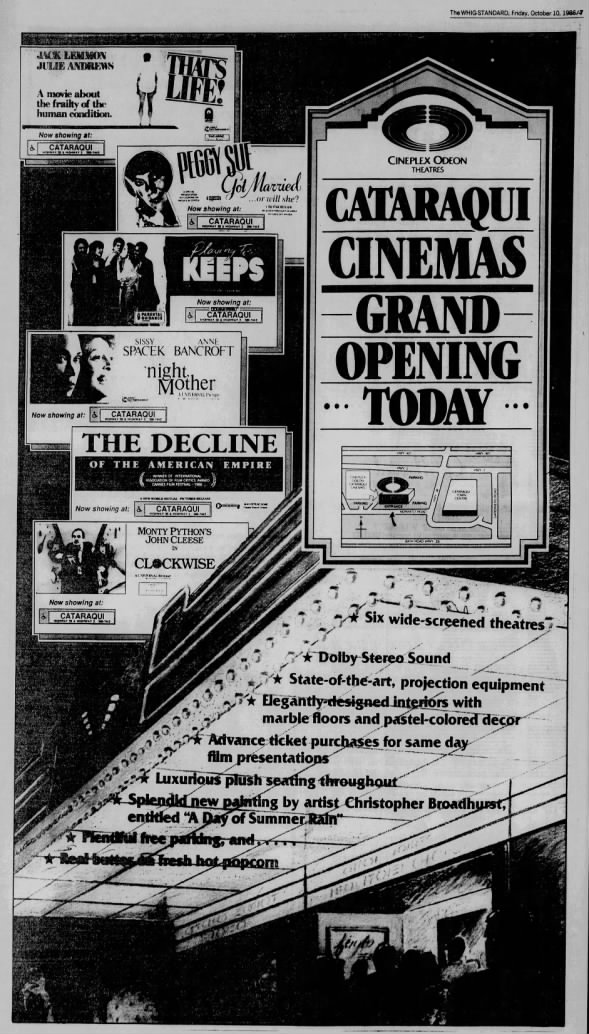