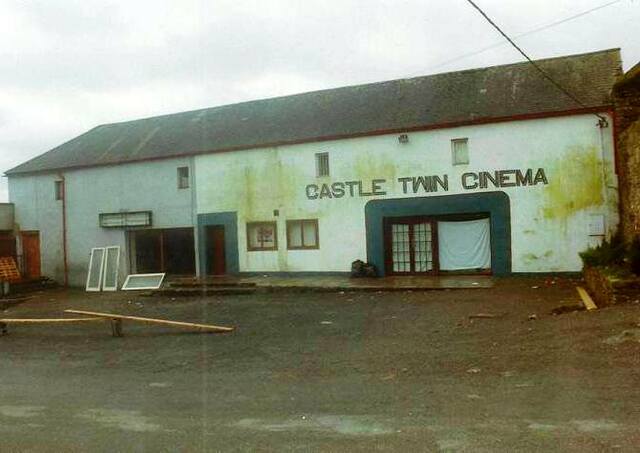 Located in Roscrea, County Tipperary. The Castle Twin Cinemas opened on 20th October 1988 with Robin Williams in “Good Morning Vietnam”, the opening night proceeds going to the local Lions Club. The building was a conversion of a former furniture showroom. Only the main hall of 180-seats initially opened with the second screen of 84-seats a few weeks later. It was owned by businessman Alfie Clarke and was not an illustrious place as can be seen by the picture. According to a newspaper report it was expected to close on 20th February 1992 for redevelopment of the site. It was later demolished and appears to have been replaced by housing. A proposal for a new twin-screen cinema for the town in 2013 has not gathered much pace, although the odd film has been screened in Damer House.