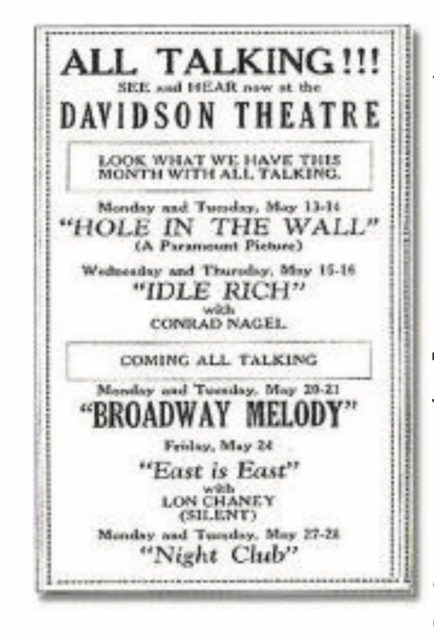 The Davidson Theatre opened in 1926 and converted to sound in 1929. Movies played until a fire destroyed the building in 1954. It was located on the east side of the first block of S. Main Street in the Stough building dating from the 1880’s. The building was converted into a movie house from a garage and operated by S.T. & Frank Stough.

According to a Davidson architectural tour pamphlet, the 1954 fire that destroyed the theater happened with between 75 to 200 in attendance. Louis Armstrong was performing at the nearby Davison College but those attending the movie at this theater played a game of ‘chicken’ to see who could stay in the burning theater the longest. Luckily no one was injured but the building was a total loss.