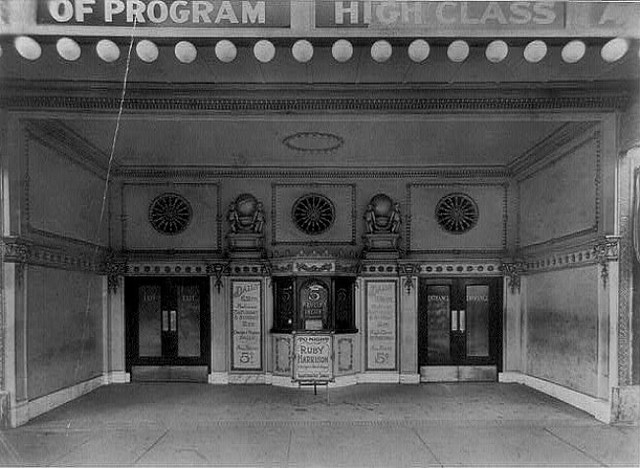 The Revelry, a vaudeville or burlesque house when it opened, sat on 47th Street near Calumet Avenue, within walking distance of the larger movie palaces which would open up post WW I and through the 20s, like the Metropolitan and the Regal, as well as the legendary Savoy Ballroom next to the equally famed Regal.

Some of the smaller former vaudeville houses, nickelodeons and movie houses in this neighborhood went out of business with the opening of these far larger and more ornate palaces. The Revelry closed in 1924, and was afterward converted into retail use. The building still stands today, still used for retail.

Here is an early Decorators Supply Company photo of the Revelry