Louisville had a few confusing Alpha Cinemas. There were a total of three of them, with one being a twin screen (formerly single) and the other two being single screens.

Opening on October 6, 1971, this was around the time the Alpha 1 was still single, but right when 1973 or 1974 went along, the three Alphas started to wain into a confusing line-up due to the twinning of the Alpha 1 which would then rename the Alpha 1 Twin Cinema and later the Alpha 3 Twin Cinema.

The theatre would later convert into a Chuck E. Cheese’s Pizza Time Theatre (which opened on July 31, 1982), one out of two locations serving the Louisville area (one on Preston and the other in Mall St. Matthews). The Chuck E. Cheese’s on Preston had a 15+ year successful run until closing its doors for the final time on November 8, 1997. 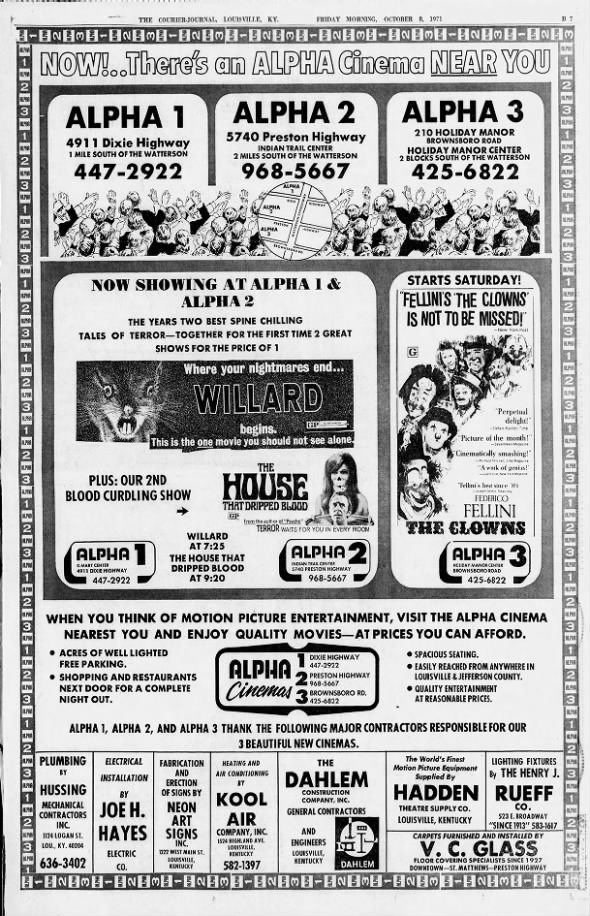