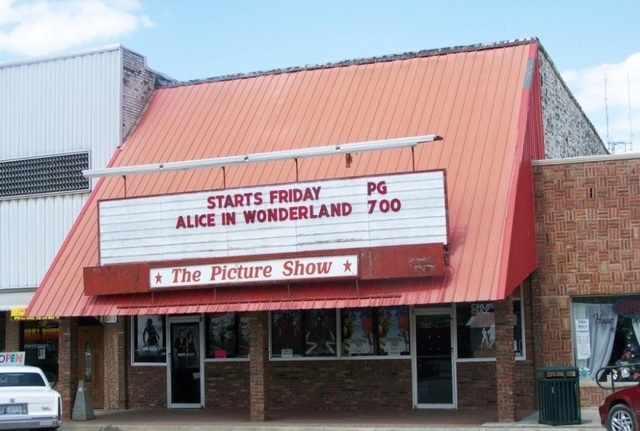 John E. McGinley & Mr. Weaver announced the new 515-seat American Theatre in a converted building on Main Street in downtown Wilburton. The venue was known as the “home of the pipe organ” and vanquished almost all competitors who came into town over its 45 plus year history. The pipe organ appears to have been the Fotoplayer by American Photo Player Co. The venue had its grand opening on November 8, 1920 with “The Girl from the Outside” starring Clara Horton.

On May 22, 1929, the American Theatre installed sound and celebrated its first all talking picture with Edmund Lowe in “In Old Arizona". This allowed a five cent price increase for talkies. In March of 1939, the theatre got a new Heywood Wakefield seating as John McGinley’s final enhancement prior to selling the American Theatre as it was reaching its 20-year lease terminus.

The Latimer Theatre’s received another refresh on December 31, 1954 when the venue under W.L. White’s managerial reins went with widescreen projection to present CinemaScope titles beginning with the film, “Rose Marie” with Ann Blyth. (The seating count may have been closer to 400 at that point but is not confirmed in the trade press.)

In February 1973, following renovations it became the 220-seat Picture Show, operated by Monty Carnahan. It was closed in 2016.

Here is a vintage postcard view of the Latimer Theatre. Note that the upper section of the building is set back several feet from the property line. This makes me suspect that the Latimer is the same theater that last operated as The Picture Show, which was in a building of the same size with the same setback above the street floor, but the space had been filled in by one of those fake mansards popular in the 1970s.