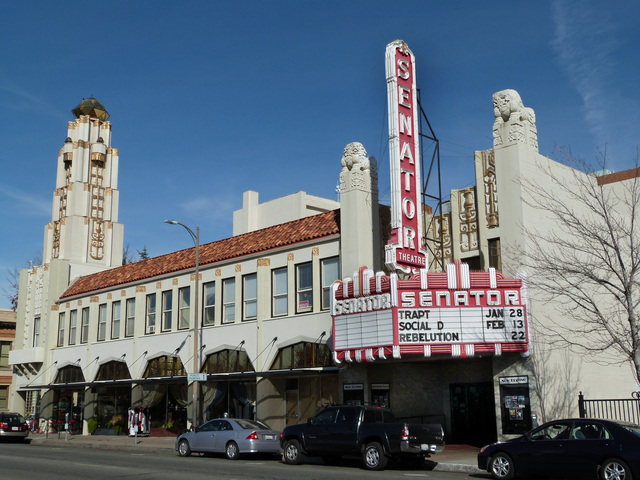 The Senator Theatre opened on April 21, 1928 with Richard Dix in “Easy Come, Easy Go” plus short subjects and vaudeville on the stage. Seating was provided for 1,400 in orchestra & balcony levels. It was operated by T & D Jr. Enterprises chain. It was equipped with a Wurlitzer organ which was opened by organist Milton Thomas.

In 1978, the theatre was purchased by United Artists. The company quickly sectioned off the balcony to create a second screening room, making the theatre a twin from June 29, 1979. On August 31, 1979 two more screens were created and it became the Senator Movies 4.

The Senator Theatre was restored in 2001 and later reopened as a performing arts center. The restoration removed the artificial wall that was added in the twinning process and the theatre now seats almost 1,000 – making it one of the largest venues of its kind in the area. The lobby of the historic theatre is still intact and contains the original murals and chandelier.

The theatre mainly hosts concerts today. It is also currently for sale.

Anyone have any interior pictures? i have seen the CSUC collection and it was great, however it would be nice to see more extensive collection. Also, anyone interested in seeing the Seanator restored completely?

Here is another photo:
http://tinyurl.com/nehnnj

I read the other day in the Chico paper that the El Rey is open again for special showings mostly on weekends. It seems unlikely that it will be converted to office space after all. If you get a chance go! The inside is amazing!

I had forgotten that train in the middle of the street. I saw it in the 60s and in the 1984 photo above. Does this still happen. We were in the military when we saw it….probably 1966 or so. We did go to the Senator too! 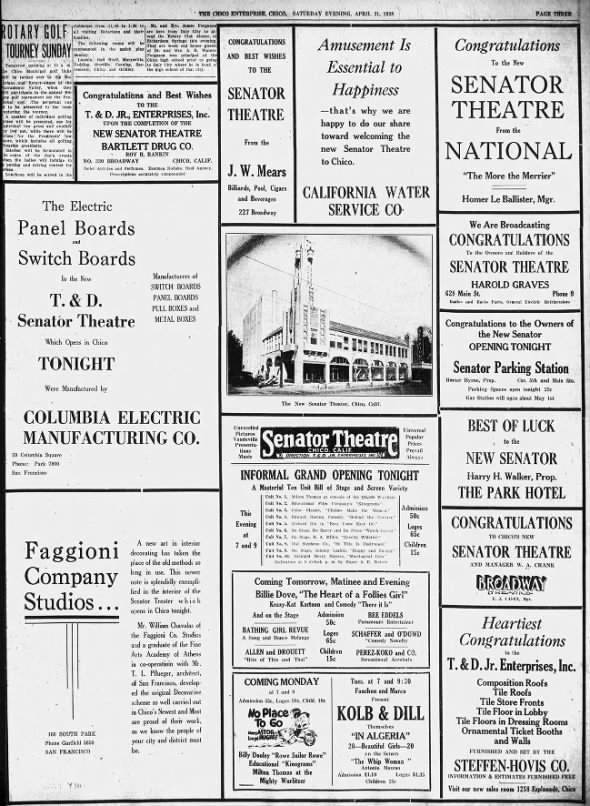