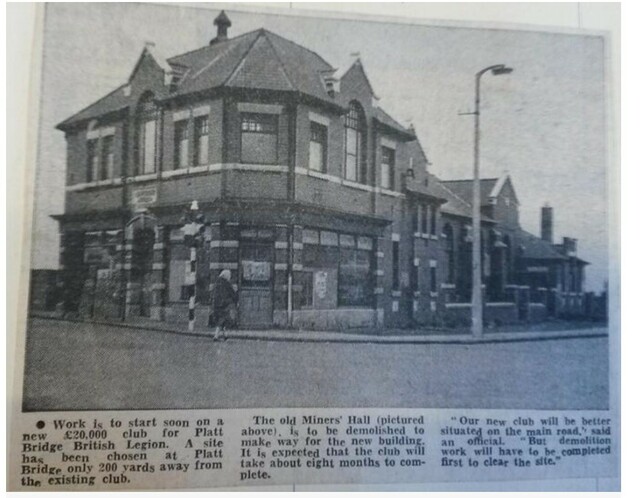 Located in Platt Bridge, today a suburb to the south of Wigan, Lancashire (now part of Greater Manchester). The Miners Institute was opened in 1909. It was designed by Wigan & London based architects J.B & William Thornley. By 1937 it was operating as a 420-seat cinema named Miners Hall, operated by Jack Livesey. Seating was provided for 420 in stalls and circle levels. It had a 13ft wide proscenium and was equipped with a British Acoustic(BA) sound system. It was still open in 1954.

By 1958 Jack Livesey had renamed it Savoy Cinema. It had been equipped with CinemaScope and the proscenium widened to 22ft. The seating capacity had been reduced to 380-seats. It was still open in 1969, but had closed by 1980.

It was demolished and a British Legion club was built on the site.