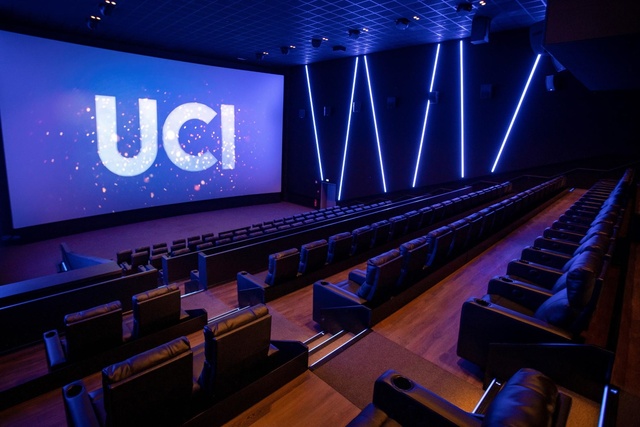 Located close to the railway station in Potsdam, to the southwest of Berlin. The UCI Kinowelt was opened in December 1999 with 2,175-seats in its 8-auditoriums. One of the opening films was Pierce Brosnan in “The World is Not Enough”. In 2020 it was given a makeover to the plans of architectural firm Ellis Williams Architects and was renamed UCI Luxe Potsdam. The seating capacity was reduced to 1,055 with the introduction of rocker seats. It has one iSence screen and other screens equipped with Dolby Atmos sound.