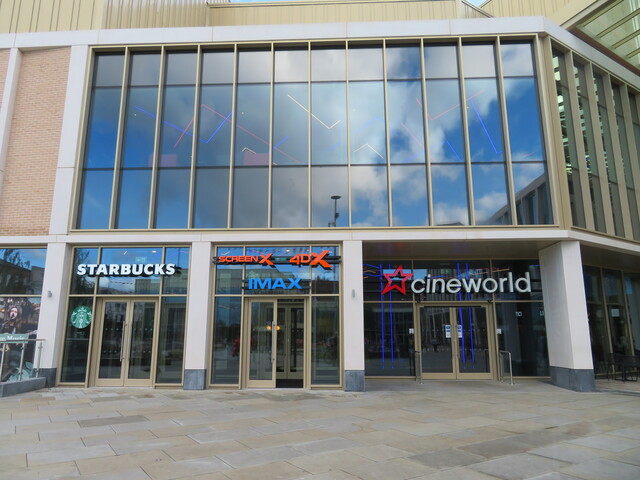 On 9th September 2021, in Barnsley, South Yorkshire, civic leaders, guests and shoppers gathered at the town centre’s newest public space, The Glass Works Square, as it was unveiled by Mayor Cllr Caroline Makinson.

Following this ribbon-cutting ceremony, a programme of family activities took place, while retailers such as TK Maxx, Next and Sports Direct were among those opening that day.

This £200m development was then launched in phases over the next year or so, including the opening of a branch of Superbowl UK.

There are also a Starbucks café and a Baskin Robbins ice cream outlet.

Among the opening films were horror/drama “Don’t Worry Darling”, romantic comedy “Ticket to Paradise”, horror/thriller “Bodies Bodies Bodies”, comedy “See How They Run” and the theatrical re-issue of “Avatar”.