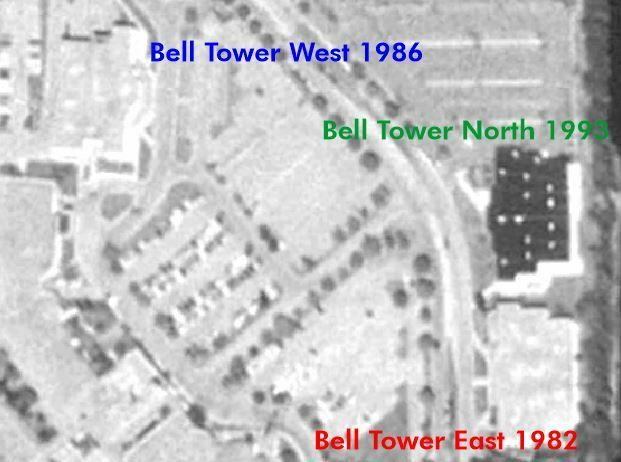 Cobb’s second theater at Bell Tower is the Bell Tower West, a 6-screen theater opening on December 19, 1986. At the same time, the nearby Bell Tower 6 was renamed as Bell Tower East.