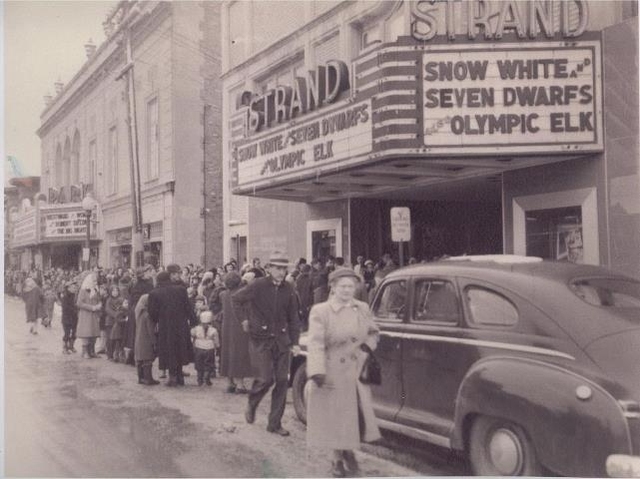 The Strand Theatre was located on Broadway, next door to the Park Theatre.

I remember going every weekend to the Strand as well as the Park which was next door although few times at the park!! VERY good memories of the Strand fromt he early Elvis to Beach party and would love to get some PICS!!! am trying to writean article on Taunton history and would appreciate ANY help!!! Thnx marty

Even though the theaters in Fall River were closer, we often traveled up from Somerset in the 50s and 60s to see a movie at the Strand. If memory serves me right, I recall the theater had a modern and clean appearance to it. The sound and projection was pretty good and still have vivid memories of seeing “The Music Man” in widescreen here. I am sure this theater had 70MM projection and stereophonic sound. Can anyone confirm this? Am I also correct in that the Strand appeared to have been built for the purpose of showing movies but the Park next door was probably an old vaudeville house converted to show movies?