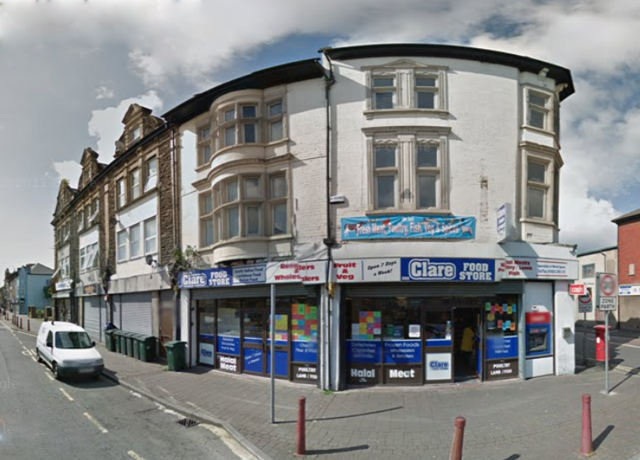 The Gem Cinema, Newport, Wales opened in May 1913 as a silent movie house seating around 300 on one ground floor level.

Records show that sound was installed around 1931/1932. The cinema was on a narrow corner site on Commercial Road and Capel Cresent in an area of Newport known as Pill. In the 1930’s the cinema was operated by a Mr. Gill, with Mrs. Gill the cashier taking the money from a small window who would then allow entry into the cinema through a curtain.

There was no luxury at the Gem Cinema, once inside it was said you couldn’t see a thing as it was always pitch black with bench seating bolted to the floor. Also, if you were to sit in the front row, you were in about 2 inches of water which constantly flowed from the toilets on each side of the screen.

The Gem Cinema did not survive many years after the war, and is listed as closing before the CinemaScope era in the early-1950’s.

Local people called the Gem Cinema the ‘Bug House’ as it was said you walked in and scratched all over on the way out, but although it must have been rough and dirty, it must have been a great adventure especially for many children on Saturday mornings during the Depression before and after the War.

The building became a car showroom known as “Miss Black”, but although the corner site still exists, nothing is left to show any signs that a cinema was here. A convenience store now occupies the building.

This is a great story and shows how the theatre business used to be. I think this could be turned into a great movie !!!!

This description reminds me of the hilarious 1957 British movie THE SMALLEST SHOW ON EARTH (called “Big Time Operators” in the U.S.), directed by Basil Dearden. In it Bill Travers and Virginia McKenna are a young couple who inherit a dilapidated cinema and try to make a go of it. It is called the Bijou but commonly referred to by locals as the Flea Pit. Situated near train tracks, the theatre shakes when trains roar by; so the couple try to program a lot of westerns with train scenes! As dilapidated as the theatre are three attendants, played by Peter Sellers (the tipsy projectionist!), Bernard Miles, and Margaret Rutherford. Every self-respecting movie theatre buff has the obligation to see this rib-tickling comedy.

Wow thanks for the heads up I wonder if it is out on video or dvd?

In the film “The Smallest Show on Earth” the Bijou is situated in
a mythical Northern English town of Sloughborough.
The frontage of the cinema was however a studio mock-up set, as was
the tatty interior of the auditorium.
The exterior of The Super Grand Cinema where Bill Travers and
Virginia McKenna go to see how a “real” cinema operates was infact
the former Gaumont Palace Hammersmith London.