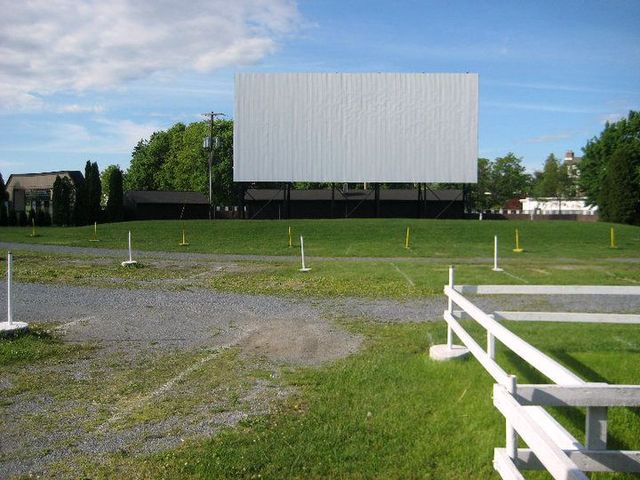 The historic Shankweiler’s Drive-In was the second drive-in to open in the United States when it was built in 1934, opening on April 15, 1934. Operated by Wilson Shankweiler it became the first drive-in to broadcast movie audio via FM broadcast stereo in 1986 and converted to digital cinema in 2014.

On November 4, 2022 it was announced that The Moving Picture Cinema, helmed by drive-in veteran Matthew McClanahan and partner Lauren McChesney had purchased Shankweiler’s Drive-In, becoming the fourth owners in its 88-year history. Former owners, Paul & Susan Geissinger, had purchased the property in 1984. McClanahan, 32, previously revived and ran the Mahoning Drive-In in Lehighton, PA from 2014 to 2020. He has owned and operated the Moving Picture Cinema, a full-service mobile cinema, since 2019. It is a Lehigh Valley based full-service mobile cinema, creating authentic and classic moviegoing experiences at unique venues across Eastern PA. Each package includes large format projection, screen, sound and crew, with emphasis on professional and consistent AV presentation. The Moving Picture Cinema has collaborated with an array of community organizations, including independent movie theatres, municipalities, and museums, as well as their own custom programming. “I grew up going to Shankweiler’s Drive-In to see movies with my family” says McClanahan. “It’s such an honor to be able to craft those memories for future generations while preserving a significant piece of American history”.

Shankweiler’s Drive-In will resume operations in November 2022 and continue with a limited schedule through the winter, with a Grand Reopening in Spring 2023.

Shankweiler’s history page says it opened on April 15, 1934. Kerry Segrave’s book Drive-In Theaters also lists that date, but says it’s “questionable”. The first reference I could find in The Morning Call of nearby Allentown was on May 22, 1937 when an ad for Shankweiler’s restaurant added “Shankweilers’s Open Air Theatre Now Open (for the season?) – Talkie Shows Every Sun., Wed. & Fri. Evenings”.

The Segrave book says that Wilson Shankweiler was a movie buff who saw the original Camden NJ drive-in while on vacation in 1933. “Behind the hotel he owned in Orefield was a deserted landing strip, which Shankweiler converted to a makeshift drive-in. The first screen consisted of two poles and a sheet.” The hotel building, still there, was converted to a funeral home in 2010.

Lehigh Valley Business listed the chain of ownership in a 2015 article. In 1958, Shankweiler rented the drive-in to Al Moffa, a close friend who had helped him build it. “The next year, Shankweiler sold it to Moffa’s manager, Bob Malkemis.” In 1983, Malkemis sold Shankweiler’s to Paul Geissinger and his wife, who together “operated it as a second job and as a hobby.”

Geissinger is an electrician, and according to a now-vanished Project Drive-In article, in 1986 he built the first FM radio broadcast unit for use in a drive-in.

This place should be heritage listed!!

Shankweiler’s Drive-In is now for sale.
Brief history highlights from the article at the bottom can be added to Overview.

1982: Adds AM radio (and later FM radio) micro-vicinity broadcasting to deliver the soundtrack.

I heard that Paul and Sue were looking to sell. But God forbid this historic landmark be torn down