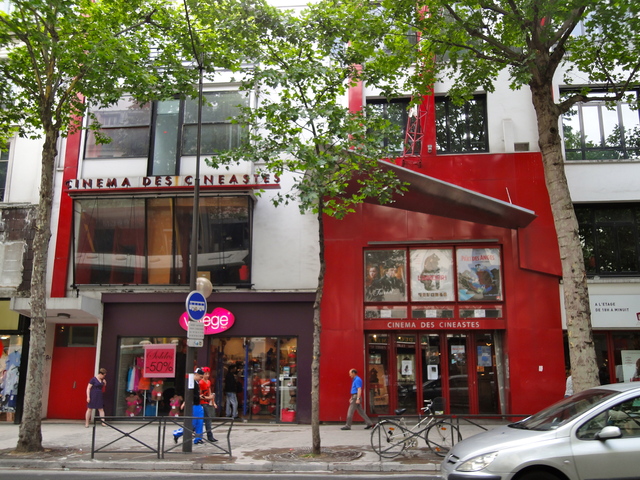 Built as a music hall where Maurice Chevalier sang in 1906, this theatre was rebuilt in 1932 as a newsreel cinema. Dark for a few years, it reopened in 1937 as Les Mirages, a one level movie theatre on a very busy avenue showing popular movies.

The Art Deco style auditorium originally had a 750 seat capacity. This movie theatre is very close to two other Pathe movie theatres (the Wepler, two screens, and Pathe Clichy, three screens). It was acquired by the Pathe chain in 1973 and became a triplex named the Pathe Clichy 4-5-6. The alterations were to the plans of architects V. Scob & J. Touraine of Paris. It re-opened on 13th December 1973.

A refurbishing took place in 1991 with wide screens added and more comfortable seats with first run movies in French.

In 1995 the Pathe chain acquired a third cinema close to the two others on the other side of the avenue in order to build a multiplex. The Pathe Clichy went dark for a while but was bought by ARP (an association of famous French producers and directors).

The building was completely gutted and gave way to a very avant garde three screen movie theatre including stadium seating with an up to date design, digital sound, and a bar. It also features rare movies and film festivals.