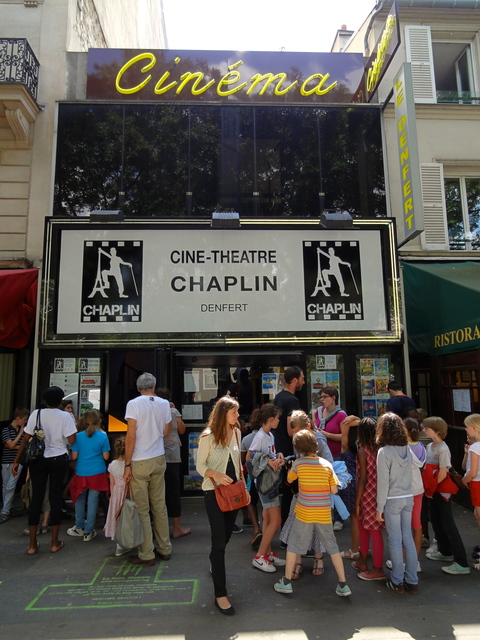 Located in the south of the city centre. This small neightbourghood movie theatre is settled between two buildings and when it opened in 1930 had an Art Deco style design. Part of the lobby was built like a terrace on the space of the pavement.

There was a window on the facade and the stalls were at the underground floor and the balcony at the ground level was shaped like a theatre. The projection booth was under the the stage and the movie was projected on the screen by reflexion on a mirror under the doors of the balcony on an inclined screen. The central heating machine was in the auditorium providing heat and noise, but despite these strange settlings this theatre had a family charm.

Nothing really changed until 1975 when a major renovation gave a sober design (black colours) and a new projection booth in a corner of the balcony. The facade became very modern with black glass.

A change of ownership in 1980 started a new policy with a programme of fine art movies. Around 1987, another renovation moved the projection booth in the middle of the rear balcony for more quality.

It is now strange to find a cinema still open in 2004 and run independently showing movies in their original version in that district of Paris. By 2014 it had been re-named Cine-Theatre Chaplin Denfert.