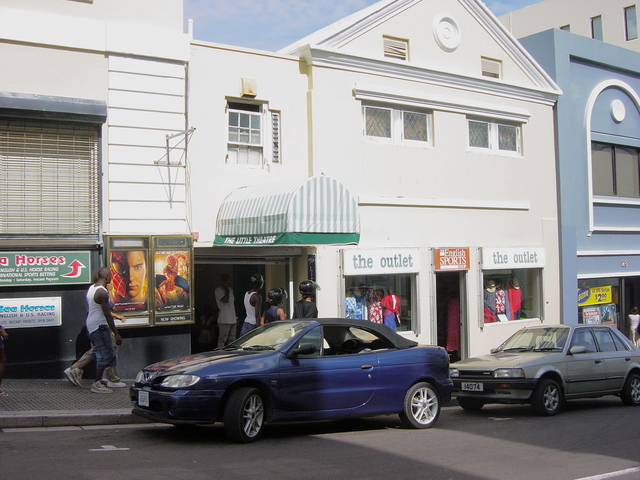 This cozy Hamilton theater lives up to its name, just under 180 in its auditorium. The Little Theatre features matinees on weekend days, as well as children’s films on certain mornings. The theater screens mostly first-run American fare, but doesn’t show R-rated films before the evening.

The Little Theatre, along with the Liberty Theatre, are the two main venues for the Bermuda International Film Festival, which is usually held for two weeks in the spring.

I just made a comment on the Liberty Theatre listing. The Rosebank and Island Theatres were operating from 1967 to 1970 while I was living in Bermuda. They were indeed operated by Bermuda General Theatres and showed mostly Hollywood mainstream movies. Both theatres looked fairly new at that time and the Rosebank had a stage and balcony. I remember the massive lobby had a staircase going upstairs to the balcony. The Island Theatre located across from a square/park in Hamilton was much smaller and was one floor if I can remember correctly. The Rosebank was located a few blocks from I considered the center of Hamilton, but both were located a block or two from the waterfront.