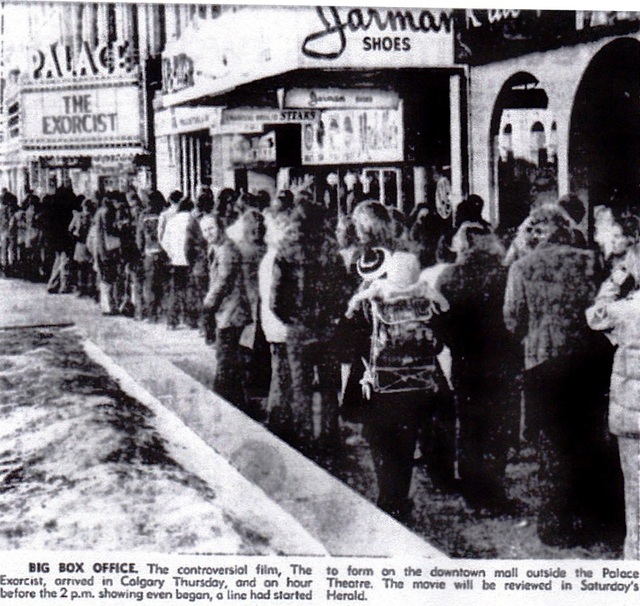 Allen’s Palace Theatre opened on October 25, 1921 with Helene Chadwick in “Dangerous Curve Ahead”. It was the last of the Allen Theatres chain to be designed by architect C. Howard Crane. It was equipped with an organ(make unknown). It was sold to Famous Players in 1925. It closed as a movie theatre in 1990.

It became a nightclub named Flames Central. On 2nd February 2017 it reverted back to its original Palace Theatre name and reopened as a live music venue.

This was a fun place to go in the mid-60’s.What about the several others in this immediate area?

I’m curently work at the Palace right now on one of the many teams working to restore and renovate the beautiful building that it is. As much as I would truly love to see it be fully restored to a theatre, I have to say that I do apperciate the fact that everyone working there respects the detail work that is still there, and is very carefull when working close to the mouldings,etc. And the new venue that it’s going to be has been very tastefully done and commplements the orignal details very nicely. I has been a blast working there learning about what the Palace was and what it will be.

Crane also built Winnipeg’s Metropolitan Theatre (nee Allen) a year or two earlier for the Allen Brothers. Some reports claim that the Calgary Allen (Palace) Theatre opened first, although the Allen theatre in Winnipeg is reported to have opened originally either in 1919 or 1920. Both theatres ended up owned by Famous Players after the Allens went bankrupt. This probably accounts for the name change from Allen.
Except for the color of the brick above the ground level, as well as a 1950’s remodelling to the facade and marquee of the Met in Winnipeg, there is considerable similarity to the facades of the two theatres. I wonder if the interior is similar too.

Lost memory, couldn’t get the photos to open, would love to see them.

Thanks, worked perfectly. I always wondered if the beautiful old building was still standing, glad to see it still looks good. Wondered what ever happened to it.

Loved this theatre, lined up for many a movie premier during the late 70’s to early 80’s.

From the late 1950s a photo postcard view of the Palace in Calgary. 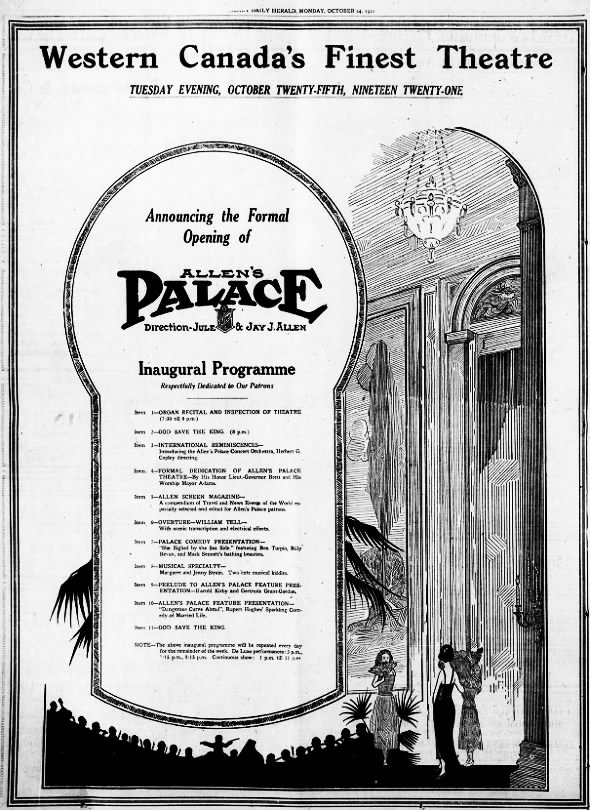