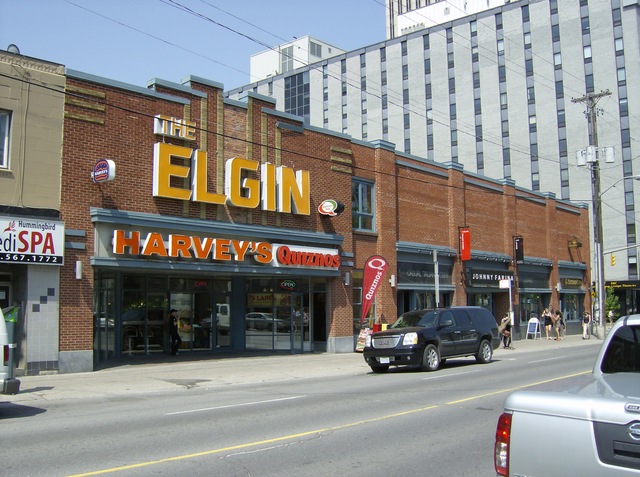 The 750-seat Elgin Theatre opened as a single screen theatre on November 15, 1937 with Leslie Howard in “Stand-In”. It was designed by architectural firm Kaplan & Sprachman. The Elgin Theatre added another auditorium on December 25, 1947 opening with Larry Parks in “The Swordsman”, making it one of North America’s earliest two-screen theatres. The second 256-seat auditorium was again designed by Kaplan & Sprachman.

The second screen at the Elgin did indeed open on December 31, 1947. It was the world’s first twin-screen cinema. In response to Hugger1, the Pizza Pizza is a couple doors down the same block. The building where the Elgin Theatre used to be has a Harvey’s, Johnny Farina’s restaurant, a Second Cup and a Great Canadian Bagel.

The Elgin turns out to have been Canada’s second dual-auditorium theater, according to an article in the April 5, 1947, issue of Boxoffice Magazine. The article announced that Twentieth Century Theatres, a Toronto company allied with Famous Players, was planning to add a second auditorium to their Elgin Theatre in Ottawa. But the article also mentioned that a second auditorium was already under construction at the Allen Brothers' Hollywood Theatre in Toronto, and was expected to open shortly.

Three dual-auditorium theaters are known to have already been opened in the United States by that time- two in 1935 and one in 1941. However, these three, and the Hollywood in Toronto, were all operated under a policy of showing the same program in both of their auditoriums. The intention of the operators of the Elgin was to show an entirely different program, consisting of foreign language movies and special attractions, in the new auditorium. The Elgin was probably the first movie theater in the world to do this.

Here’s a photo I took of the Elgin when on holiday in 1991.
View link

This was an old Twinex (Twentieth Century Theatre) house and in the mid-seventies it was dumpy. It had a puny Candy bar and I can remember watching movies in there and hearing the damn projectionist’s radio blaring in the booth. Old-time manager of this theatre was Ernie Warren an old Twinex manager. 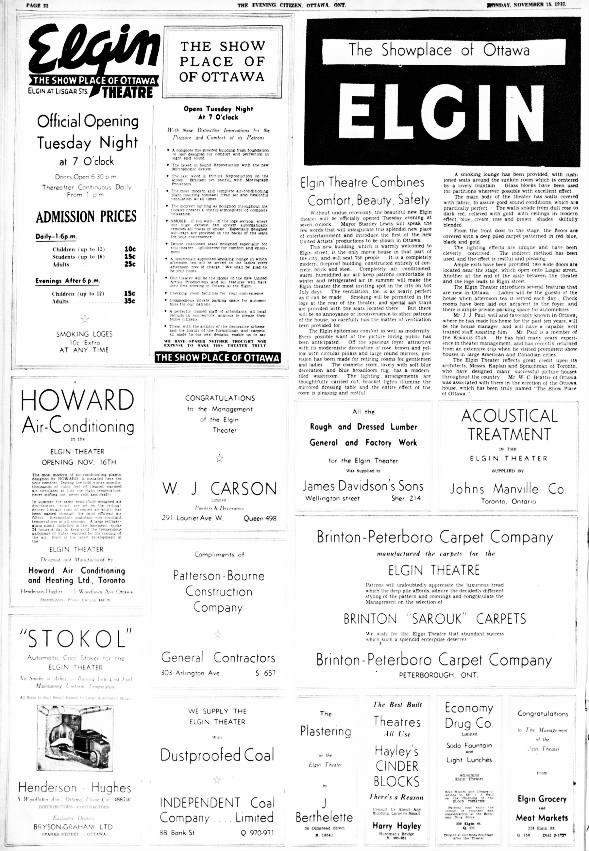 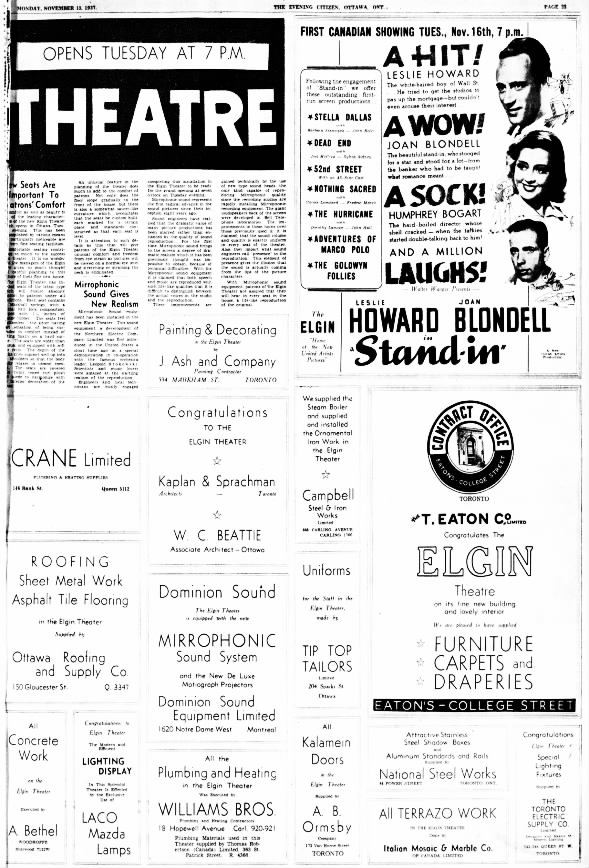 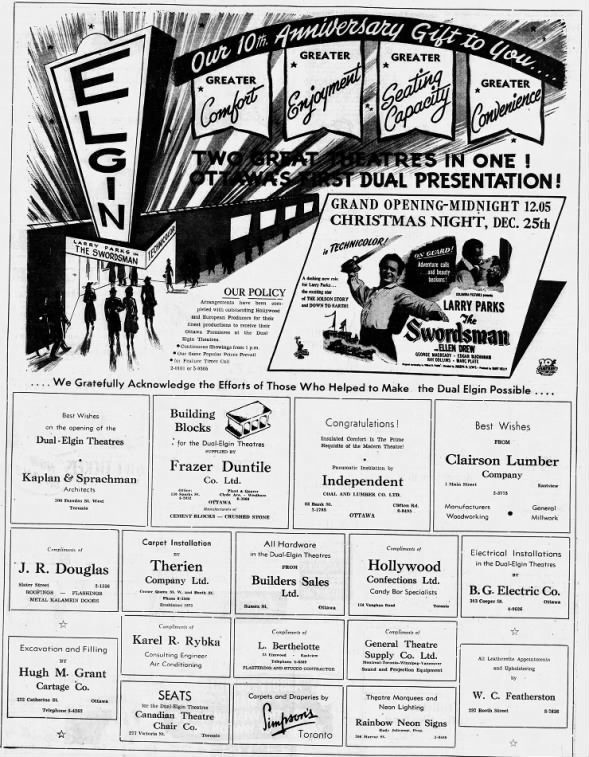