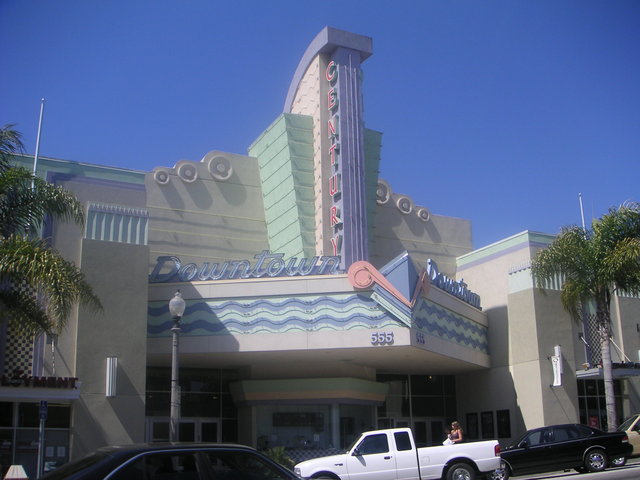 This theatre is only a few years old, sits in the heart of downtown Ventura, and was previously the site of an old thrift store. It sits across the street from the old American Theatre at 530 East Main Street, which operated from the early-1930’s and burned down sometime in the 1980’s.

On October 22, 1998 the first movie was shown at the opening night of the Century 10 Downtown Ventura Theaters complex with restaurants and retail replacing the majority of the Main Street facades. The 500 block of Main street in Ventura originally had two theaters The Apollo, and the American Theater.

This is from the LOC. They’re a little confused about which theater this is, but it is the guvment, after all:
http://tinyurl.com/2r6h8u

Here is a b&w photo:
http://tinyurl.com/yd2ogno

This is location is currently undergoing a major remodel, including conversion to Cinemark Luxury Loungers in all auditoriums.