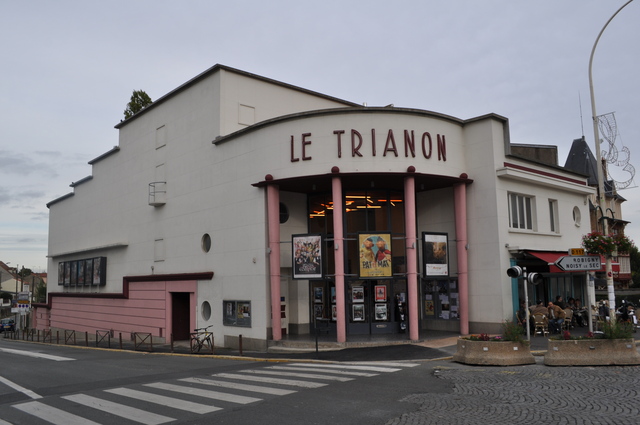 Located in the Seine-Saint-Denis area of outer Paris in the north-eastern district of Romainville. An old movie theatre called the Trianon was opened in 1908 in the Grand Café Trianon. It was torn down after it was bombed by the Allies during World War II. A new Streamline Moderne style movie theatre was built on the site in 1953 to the plans of architect Charles Genetre. Seating is provided in orchestra and balcony levels.

After being operated by the same family until the 1990’s, the city of Romainville decided to preserve this beautiful building and auditorium and bought and listed it.

A movie programme called ‘the last performance’ took place for years. A famous French crooner, Eddy Mitchell, introduced old movies. The event was designed to give the atmosphere of the 1950’s with the vintage design of the theatre and old advertisements.