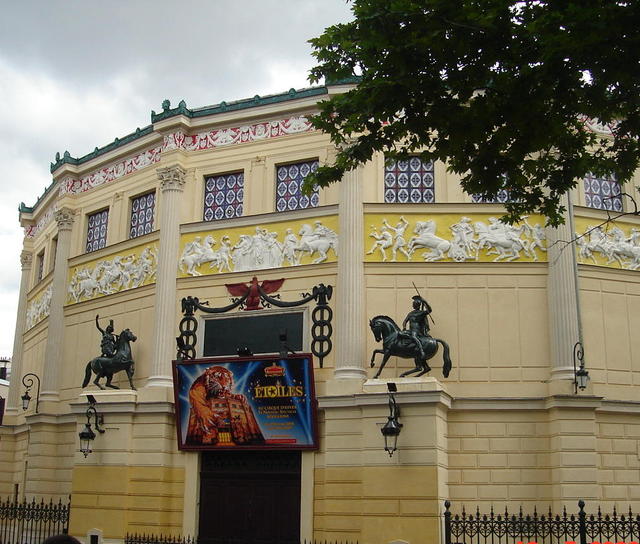 Located at the Place Pasdeloup, the circus which was built in the 19th century as the Royal Circus was converted to silent movies in 1907 by the Pathe chain. At that time, the growing success of the Cinematograph needed big seating capacities, making more profit than a live show.

But in 1923, the Bouglionne, a circus family, converted the theatre to live performances again as the Cirque d'Hiver (Winter Circus).

The projection booth added at the top and the proscenium remained. The circus can be hired for events and every winter, a circus show takes place. The building is listed and has been renovated. A French version of the musical “Circus” in the 1980’s was a flop. A swimming pool under the ring can be used for water shows.

The 1956 movie “Trapeze”, with Gina Lollobrigida, Tony Curtis and Kirk Douglas, was shot on location at the Cirque d'Hiver.

According to other sources, the conversion date to silent movies is 1907, not 1917.