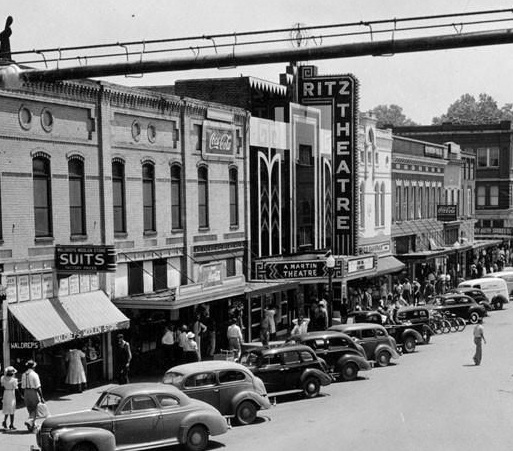 Built in 1936, the former Martin Theatre has been restored and reopened a multi-use community arts center. The theatre was also the subject of several popular paintings by Davis Cone.

Here’s a scan of a postcard I have for it, from 1980, when the building still carried the Martin name and was for sale:
View link

Rufus E. Bland was the Martin circuit’s in-house architect from no later than 1948 until at least 1973. He might have been designing for them even earlier, and could have been the original architect of the Ritz, or perhaps he was only the architect of a major remodeling at some later time. It’s possible that he designed all of Martin’s Theatres during the 1950s and 1960s, at least. He’s mentioned in Boxoffice a few dozen times.