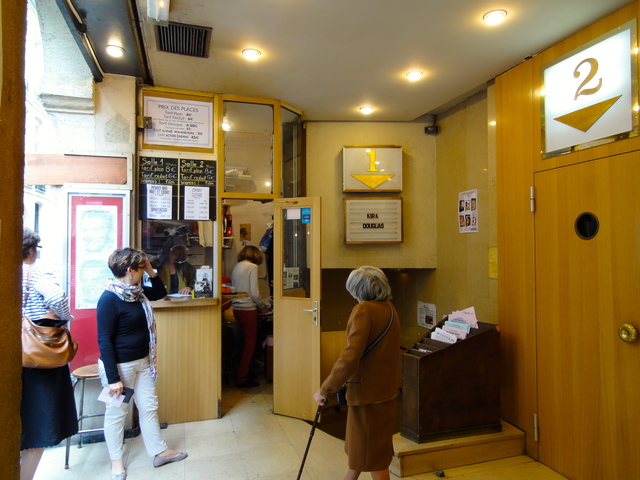 This elegant twin art movie theatre opened in 1972 in a landmarked area of the Latin Quarter of Paris. It had 300 seats.

Created by a small chain operating the nicest movie theatres of the district at that time the facade was respectful of the area and the program policy has always been a mix of avant garde and classic movies.

Director John Waters star Divine was discovered there and a revival of “Dial M for Murder” in 3D was a major hit.

When the manager of the chain retired in the 1980’s, the Action chain took over the theatre after a total renovation and it re-opened as Action Christine.

Without the financial support of the city of Paris, it would be difficult to keep the quality of program shown there. By 2018 it had been re-named Christine 21 with 4 screens with 235 seats.

There is a small photo on this page:
http://tinyurl.com/4q2xva

Exterior and lobby photographs from July 2012.