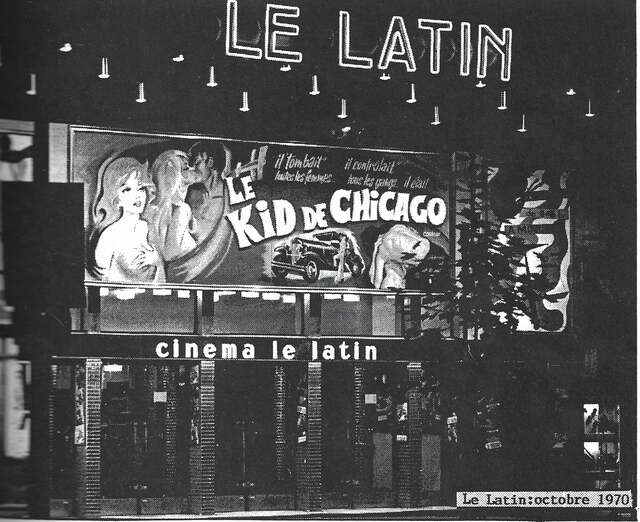 The Cinevog Latin opened in 1938 as a newsreel theatre in what had formerly been a restaurant in the Latin Quarter, the architect Julien Hirsch was talented enough to find room for a single screen auditorium with a deep balcony, a lobby, and large façade. A curved stage gave the feeling of being a bigger place than it actually was.

Presenting second run movies in the 1950’s, the Cinema Latin was the only movie theatre in the surrounding to show popular and action movies.

In the 1970’s, after a refurbishing, the Cinema Latin became a first run movie theatre. In the 1980’s, with the development of newer first run cinemas in that district, it turned to adult movies.

One of the first automatic projection systems (Philips) allowed the cinema to be run by one man, as the booth was near to the box office.

The place was remodelled, and by 2004, there was no trace left of the Latin.